I began my career in law enforcement in 2006 as a Public Safety Dispatcher with the West Covina Police Department and was promoted to Communications Supervisor in October of 2014. From September of 2016 to September of 2021 I was the Communications Supervisor at the Covina Police Department. In October of 2021 I was hired by the Beverly Hills Police Department as the Communications Manager. In 2015 I earned a Bachelor of Science Degree in Criminology from Arizona State University (ASU) and in 2020, I earned a Masters of Public Safety Leadership and Administration also from ASU. Over the past year I have served on the WLLE-LAC board as the Secretary. I have been married to my husband Brad for three years and have a four - year - old daughter Antonia. In my free time I enjoy spending time with my family, crafting, and traveling. 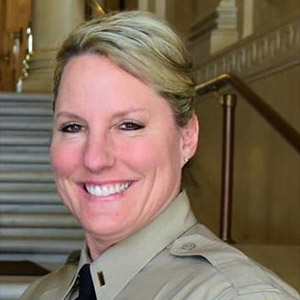 Lieutenant Rebecca Rodriquez is seeking to continue serving on the Board of Directors of WLLE of LAC for a new position, as Vice President. Rebecca is a 22 year veteran of the Los Angeles County Sheriff’s Department. She has worked a variety of assignments and gained valuable experience at each position and rank. She is currently assigned as the Operations Lieutenant at Inmate Services Bureau located at the Sherman Block Building, in Monterey Park. Rebecca earned her Bachelor of Arts degree in Business Administration from California State University, Fullerton and her Masters of Science Degree in Emergency Services Administration from California State University, Long Beach. She has been married for 10 years to her husband Troy, a Sergeant on the Los Angeles County Sheriff’s Department and a 22 year veteran of the United States Marine Corp. Rebecca enjoys photography, cycling and has proudly ridden in the Police Unity Tour, to honor those who have died in the line of duty. 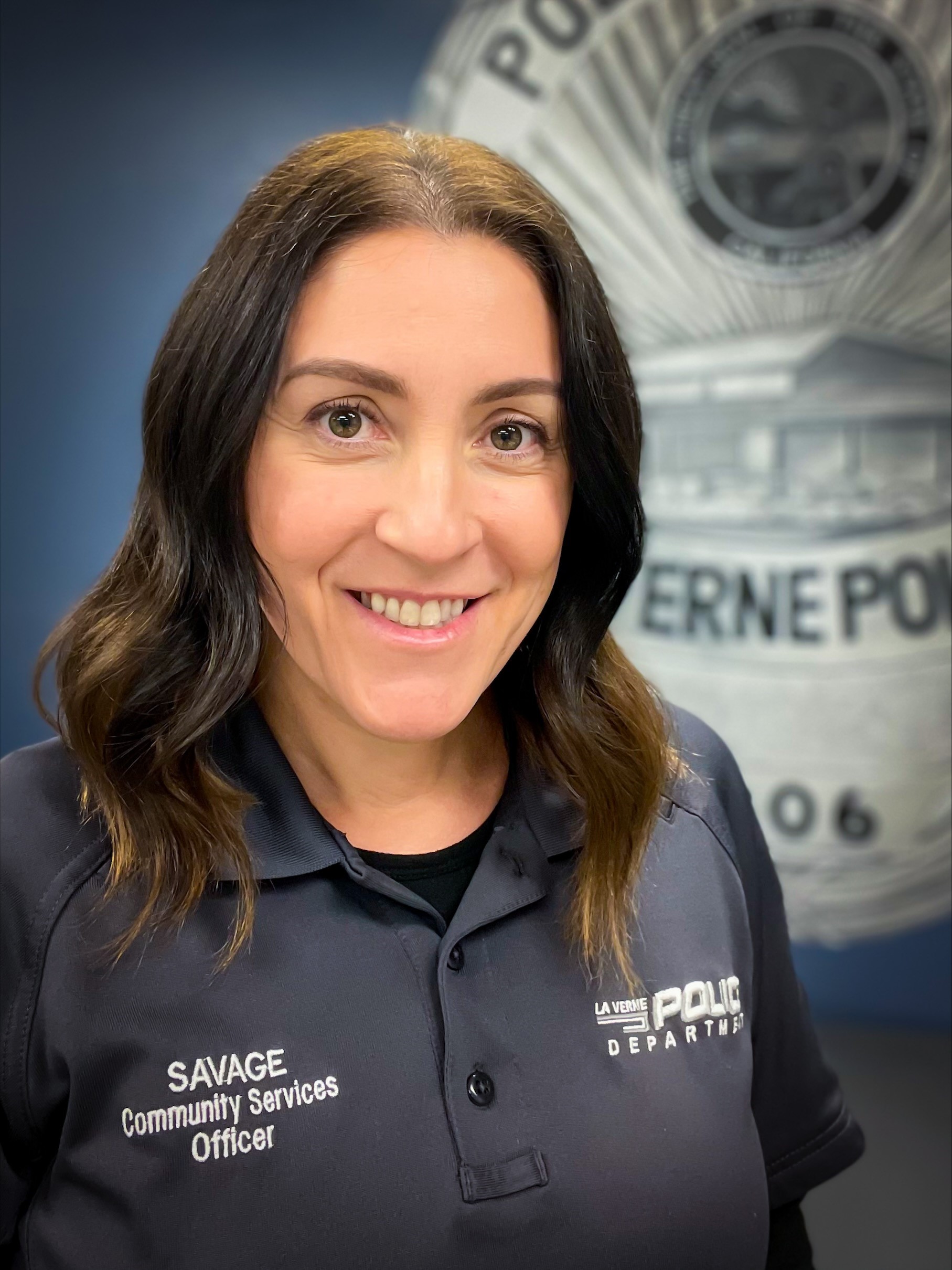 Hollie Savage is the Community Services Officer for the La Verne Police Department. She has been with the Department since 2015. Her duties focus on bridging the gap between the community and her Department. She is responsible for organizing and hosting community based events such as Open House, Every 15 Minutes, National Night Out, Citizen’s Academy, and Neighborhood Watch. She is also solely responsible for the Department’s social media presence on Facebook, Instagram, Twitter, Nextdoor and Nixle. She uses her positive attitude and tireless energy to engage with the community at every opportunity.She was elected as a Member at Large of the WLLEofLAC Executive Board in 2019 and has helped to organize and host luncheons, both in person and virtual. She has truly enjoyed being a member of the WLLEofLAC Board and looks to take on a greater role within the group.Hollie holds a Bachelor’s degree in Criminal Justice, and previously worked a paralegal, certified by the American Bar Association. She has two children, Cannon, 24 and Maddox, 12. She and her fiancé Gene, who also works for the City of La Verne have been together for 15 years.

Monica Moreno is going on her 10th year of employment at the Los Angeles County Sheriff's Department. She began her career as an Intermediate Typist Clerk and has had the opportunity to promote and work a variety of assignments within the Department. She has been assigned to Personnel, Custody, Fiscal, and has just recently been assigned to the Financial Services Bureau.Monica was born and raised in Los Angeles County. She received her AA degree from Pasadena City College and transferred to San Francisco State University. From there she transferred to the University of Las Vegas Nevada where she earned a Bachelor's of Arts degree. Ms. Moreno remained in sin city, until 2009 when she came back home. Ms. Moreno is married to her best friend who she has known since she was 7. Together she and her husband have been together for almost 20 years, and have been married for 9.Ms. Moreno enjoys theater and cinematic arts, spending time with her two dachshunds, and just started roller skating. Ms. Moreno also enjoys the occasional running and his a avid Disneyland fan. She has has proudly participated in Baker to Vegas, both as a runner and as support staff, and had run in multiple Disney Runs. 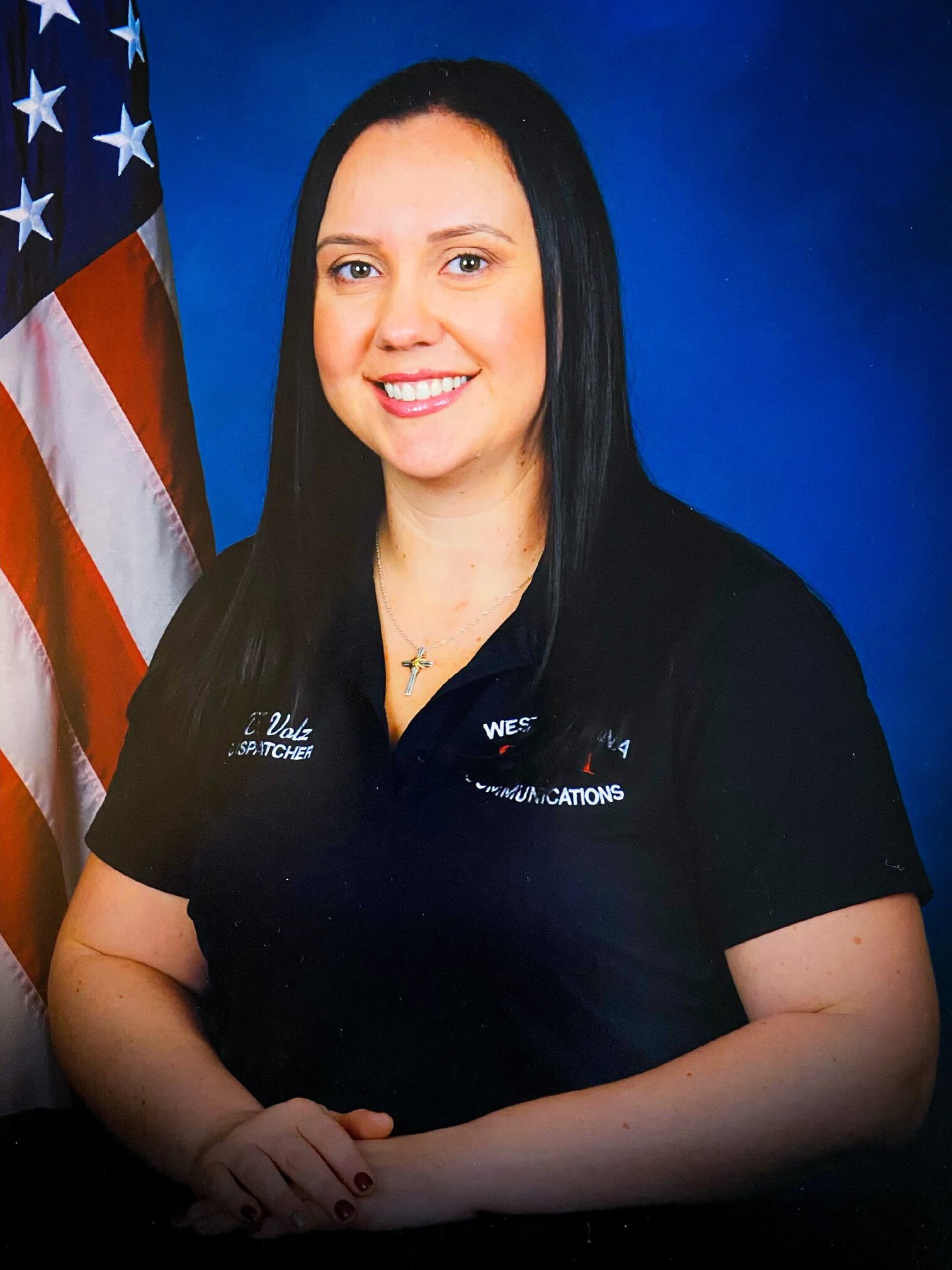 I started my career as a dispatcher at Ontario PD in 2015. In 2016 I was hired by West Covina PD. After several years as a dispatcher I was promoted to Supervisor in 2021. I have a Bachelors degree in Administration of Justice from Arizona State University. In my free time I enjoy spending time with my kids, attend their sporting events, going to Dodgers games and traveling.